Database Requirements in the Age of Scalable Services

Here's another Podcast from IT Conversations that is well worth listening to. Adam Bosworth, Database Requirements in the Age of Scalable Services, MySQL Users Conference
Very interesting although I'm not sure I agree with all of it !

My current favourite CD is the Kaiser Chiefs' Employment. It was recommended to me by the same friend who put me on to Kasabian, so without any hesitation I just ordered it from Amazon. I recognised the first track "Everyday I Love You Less and Less" immediately but the others took a few plays to grow on me. But now I'm totally into it. It's also the CD that my Son always asks for now when he gets in my car.

Whilst surfing around Apple's web site looking for iTunes hints 'n' tips, I stumbled upon the page for the Airtunes Airport Express. I was interested in the way that the AirPort Express would let me stream music and my existing playlists directly from iTunes on my PC to another set of speakers anywhere in the house. I have been wanting to set up something in the kitchen so this looked like a possible solution.

I spotted this little box on eBay and couldn't resist giving it a try. It allows you to answer and make Skype calls using a standard phone, whilst still allowing the phone to be used for normal land-line calls. I have a DECT cordless phone system and like the idea of being able to use Skype from anywhere in the house. 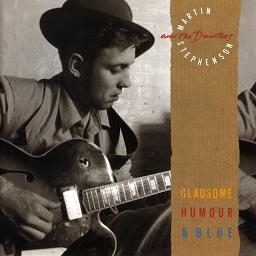 This weekend I unpacked my turntable and dug out a number of my records. My Linn really is a thing of beauty! I have hooked up a PC to my amp and have been digitising a few records that I can't get on CD any more. (In case you are interested how, check out the Audacity web site.) Amongst my great records, I have re-discovered my Martin Stephenson & The Daintees albums, Boat To Bolivia and Gladsome, Humour & Blue. Absolutely fantastic. It's not quite the sort of stuff you'd expect me to be into, no electro kick drums or Trip-hop bass synths, just great songs and great musicians playing real instruments. I did a quick Google and found that Martin Stephenson is still going and has his own web site. Looks like there are some newer CD's I should listen to. I see he is still playing live too, I'd love to see them live again. Any way, check out their music and the web site.

This is so cool. I wonder if I can get a Lego Midstorms kit cheap on eBay...

I have started using the online photo service Flickr to share my photos with friends and family. It has some really nice features, like viewing security, excellent slide show in your browser and these cool Flickr badges (check out the Flickr Daily Zeitgeist in the sidebar) . The service is free if you can live with a 20MB per month upload limit, although you can pay $24.95 per year to increase this limit to 2GB per month (and they remove the adds from your pages). I'm using the free service. I wish the slide show images were a little larger and the UI could be a little less confusing to someone who hasn't seen it before, but all in all it's a great service.

Still on my quest to build an ultra quiet, lower power consuming server using a Pentium M chip, I have found this socket 478-to-479 converter from ASUS. It allows a standard ASUS motherboard to run a Pentium M chip.

posted in InternetPodcasts by martin on 10 June 2005

I first heard about this new Internet-TV show on the "This Week In Tech (TWiT)" Podcast. Kevin Rose, one of the presenters of Systm is a regular guest on TwiT. Systm just released their 2nd episode. This episode is all about building a Linux based MythTV PVR. They go into quite a lot of detail and explain stuff quite well. The first episode showed how to build a box of tricks that would pick up wireless video cameras. This show is very cool and is very professionally produced despite being free to download. You will need a Bittorrent client to download the show, I'd recommend Azureus. If you like Systm you should also check out From The Shadows. Nokia have launched yet another really interesting device, the Nokia 770. They describe this device as an "Internet Tablet" because it doesn't actually include a phone! For connectivity it just supports WiFi and Bluetooth. For me, the most surprising fact about this device is that it runs Linux. Considering they describe it as a tablet I was surprised how small it is. I was expecting something around the size of a table PC but instead it looks just a bit bigger than a phone and more like a PDA. It is due to ship around autumn this year.